For my blog post at Austen Authors this month, I have written a short story. Valentine’s Day is coming up soon, and one of my favourite characters needs his own Happily Ever After.

And here is the story. Enjoy!

“I beg your pardon, sir, but you seem to have dropped something.”

Richard’s feet stopped moving almost before his brain comprehended the words. His arms were full of the packages he had promised his cousin he would pick up and he was in something of a hurry. He ought to have brought a footman along as Will had suggested, but what colonel needed someone trailing after him like a minder? He had survived Napoleon’s armies. He could carry a box or two.

Or five. And a linen bag of sweets, and that soft pouch with something that sparkled for Elizabeth that he had stuffed in a pocket, and the envelope of cards that he had just now collected from the printer. Valentine’s Day cards! Whatever had possessed Will to have those cards specially printed? The man was already married. Surely, he had no more need to woo his wife.

He gave a snort and turned around to find whatever it was he had dropped. The envelope of Valentine’s Day cards lay on the ground a few paces away. It would be those.

“I thank you,” he replied to his unknown sentinel.

His eyes flickered upwards to locate the speaker, who bent down to pick up the fallen package. He traced the form of a soft glove, a dark woollen sleeve with a fur cuff, a fashionable winter outer coat, and a large bonnet, suitable for early February. And then there was the lady inside all this winter clothing. For a moment he could not move his eyes.

A very pretty young woman faced him, head slightly atilt, a small furrow between her brows. She looked familiar in some way, although he could not find a name, and from her expression she knew him as well. That was not so uncommon amongst London’s upper set, and he made to bow and somehow retrieve his lost package and be on his way. With his arms so full, this would be a challenge, but he was a colonel. He would manage somehow.

“Major Fitzwilliam, is it not?” the lady asked. “Or, rather, Colonel. We have been introduced, but it was many years ago, long before your elevation to your current rank, and I cannot imagine that you remember me. The ball was crowded, and you were surrounded by admirers. I was merely another face.”

“Never just another face, Madam.” He now offered his bow, hoping that nothing more would tumble from the tower of packages he held. She really was quite lovely to look upon. “Please remind me…”

“Miss Rollings. Sophie Rollings. My aunt is acquainted with your mother, I believe.”

Richard’s smile was easy now. “Of course. How could I forget? It was the ball Mother held to celebrate my promotion to Major. What was it? Six years ago? Before I went to Spain.”

“It was my first ball; I had just come out into society and I was terrified. I was all of seventeen and wished to melt into the walls.” Her eyes sparkled. “But I recall so clearly how handsome you looked in your new regalia.” She paused for a moment and chewed her bottom lip as her face flushed red.

Of course. A lady ought never to be so forward. Richard did not mind a bit; he had never been called handsome, and he enjoyed the sound of it. His smile widened even more and he sought for something to say that would continue this unexpected conversation. The half-smile on Miss Rollings’ face, the slightly parted lips, suggested she would appreciate it too, but propriety must be observed at all times. He could hardly take her aside and suggest they renew an acquaintance barely formed six years ago.

“And how does your aunt do?” This was a safe topic, and one that was more than appropriate. “She is Lady Aldren, is she not?”

Miss Rollings nodded. She was still holding the envelope of valentines, and she stepped closer to the building at their side so as not to impede other passers-by. Another indication that she, too, wished to converse? They spoke for a brief moment on the health and wellbeing of those they knew in common, but this was no place for further talk. Then, with a gasp, Miss Rollings looked up.

“My chaperone has seen me. I must go. She will tell all manner of horrid things to my aunt, for she is quite the martinet. Please pass my regards to your mother, Colonel.” She bobbed a curtsey, placed the envelope of Valentine’s Day cards on the top of his pile of boxes, and disappeared in the direction of a rather stern-looking lady who had just now emerged from a shop.

A pity. He had enjoyed this encounter, short though it had been. How could he contrive to see her again? Could he perhaps ask his mother to invite Lady Aldren and her niece to visit? No, Mother was not in London at the moment. Did Elizabeth Darcy know the young lady? They were about of an age, and might rub along well together if this brief conversation were any suggestion of the lady’s character. But Elizabeth was redoing the main salon at Darcy house and there was no place to receive anyone but the most intimate of friends.

He let out a sigh. He was far more disappointed than he ought to be, having spent only moments in Miss Rollings’ company. Perhaps he would encounter her at another ball. And yet, as polite and friendly as she had been, she had given no indication of wishing to continue the acquaintance. Rather, upon seeing her guardian, she had turned and run almost without a word. His shoulders fell. She had merely been polite, making general conversation to pass the time. He hugged his pile of packages closer to his body and set off in the direction of Darcy House where he could set down his burden.

“Ah, Richard! I had all but given you up for lost,” his cousin greeted him a few minutes later. “Let me relieve you of some of those. Why did you not take a servant? No matter, come in. Elizabeth and Georgiana are in the music room. Did you bring the sweets? And the bracelet for Lizzy? Excellent. And what of the valentines? Did Mr. Blakey have them ready as he had promised? Georgiana will be delighted.”

Will Darcy led Richard into the house. Since his marriage, Will had become much easier in company and more voluble than ever Richard had known him. Even as a boy, Will was the quiet one. Marriage had been good for him; love had been as sunshine to a closed bud, coaxing it to grow and bloom and open to the world. A pang struck Richard in his heart. Would he ever find someone who loved him as Elizabeth loved Will?

They set down the boxes and began to sort through the goods. The bracelet that Will had bought his wife was a beautiful creation with pearls and topaz, and a set of hair pins would bring a great smile to his cousin Georgiana’s face. Even the specially printed valentines – such a frivolous purchase! – were lovely. Mr. Blakey had done a fine job in creating delicate, elegant little cards. One for Elizabeth, one for Georgiana, one for their cousin Anne, even one for Aunt Catherine, and a few spare ones.

“What is this?” Will held out something in his hand.

Richard frowned. “I cannot say. It is not something I collected today. What is it?”

Will turned the object in his fingers and held it out for Richard to see. “It was in the envelope with the valentines, caught within the folds of the paper. Might someone have dropped it?” It was a pendant for a necklace, a little silver heart with filigree and the initials SR entwined in the design.

Richard fought the urge to burst out laughing.

“Whatever has overcome you, Richard?” his cousin asked. “You are smiling like a fool.”

“I must be off, Will. Please excuse me to your lovely wife and sister. I must return this to its owner.” He grabbed the pendant, his heart beating a jig in his breast.

Will’s eyebrows rose but he said not a word, and a grin crept across his normally stoic face.

“And, if I may, one of those extra valentines.” Richard grabbed one of the additional cards and put it in his pocket along with the pendant.

Miss Sophia Rollings, it seemed, had made her wishes known after all. And Richard had a call to make. 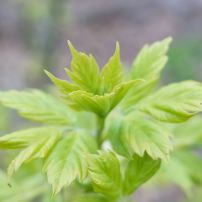 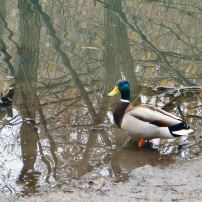 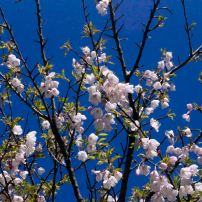 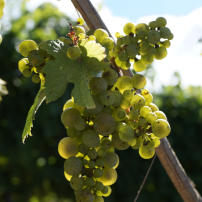 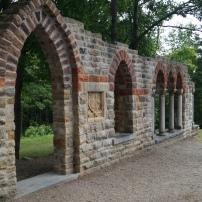 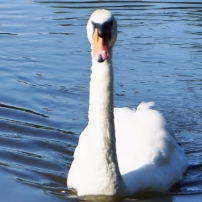