Wine and Spirits
This is an original novel set in Niagara in Upper Canada in the immediate aftermath of the War of 1812. Amy Clarke nurses her broken heart in the arms of her beloved Colin, but they share a secret that can never be revealed. Battle-weary Brigadier Philip Blackburn arrives in the town to oversee the reconstruction of the defensive fortifications, but the walls around his heart are stronger than any the building engineers can construct. When Philip discovers Amy’s secret, both of their lives will change forever.

A Spirited Affair
In this modern-day story, two young men embark on an adventure hoping to meet some nice women, or at the very least, drink a lot of wine. Their initial attempts at attracting the girls who catch their eyes are disastrous, until they are offered help from a most alarming and unexpected source.

Preludes
A modern interpretation of Persuasion. Anne Elliot is a successful composer, embarking on an exciting new venture with a first rate orchestra. But, to her horror, the orchestra’s new conductor is world-renowned Frederico Valore, the man whom she left eight years ago.

A Soldier’s Tale
Heartbroken and embarrassed by the woman he was courting, Richard Fitzwilliam has decided never again to risk his heart. But he cannot refuse the friendship of a not-so-young woman he meets while stationed in Bermuda. Emily has also suffered from affairs of the heart and is happy to accept Richard’s friendship, especially when he makes it clear that friendship is all he wants. But fate might have other plans for them, and not happy ones if disgruntled lieutenant Weekes has anything to say about the matter. 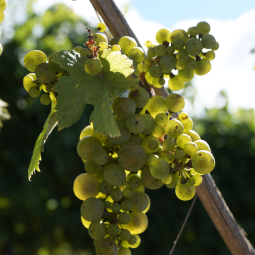